Don't Be Silly!!! Nobody knows you by your name... 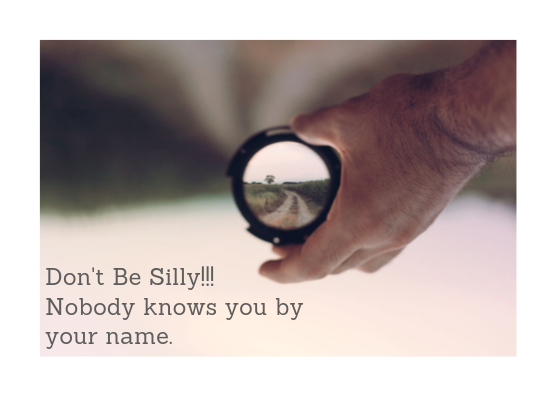 This is what I like about hanging out with people who are anti-social... You can never know what they are thinking but their mind is always processing things on a completely different level that is unfathomable to people who tend to be very social. Best of all, they don't judge a person but they do have a say about events happening around them. When you hear them say something.. listen.. because those words are the outcome of that brain that has processed information through multiple filters. They figure out everything and they are my favorite kind of humans. Always wanting to explore and learn. I call them Observers and this is the elegance of being an Anti-Social.

Ok!!! let me start with clearing out the misunderstanding that you might have regarding who I am talking about.
It's not those humans who you see walking down the road with the headphones on; ignoring everyone around... it's not about those people who fear interaction with strangers... it's not about those who avoid eye contact with people sitting/walking around. I am specifically talking about those humans who capture one of the corners in a coffee shop enjoying their favourite beverage while the world around entertains them. They don't see people but they see the movement, they don't participate in any conversation but enjoy the sound reaching their ears while they savour every sip of their coffee. You see them sitting next to you or walking all alone on the street looking around trying to explore something new.. they make an eye contact and smile at you.. they are fine talking to you if you initiate a conversation.. they would reluctantly come to party or a social gathering even though their preference will always be 'staying home' all alone or have their small circle of friends over for good long conversations.

And out of many conversations that I have had with these humans.. this is one of my favorites.

One afternoon, I was having a coffee with my "observer" friend.. let's call him "Mark". He is a writer and the one who advised me to write blogs about my earthly experiences as I wanted to keep a journal but at the same time share it with others too. We were waiting for one of his acquaintances who is a website developer.. we were meeting with him because.. well!!! that's not important. After around 5-10 minutes of ordering our coffees, Mark's 'acquaintance' arrived.

"Hey Mark", he said waiving his hand while approaching us.

"Hey buddy", Mark replied, then introduced me, "Meet Billei"and before Mark could say anything further.. his buddy said, "Hey.. I am..." then raised his hand for what looked like he was waiting for a fist bump.

"Hi... I am sorry.. what's your name again?".. I thought I didn't hear him properly.
I knew his name. Mark had told me. But the gesture I was receiving was quite intriguing, so, I wanted to hear him say his name.

He again showed me a fist. This time my eyes went on his knuckles and there it was.. his name.. tattooed, 'S E A N'.. one letter on each knuckle.

"Oh.. Sean.. got it. Nice to meet you Sean." I looked at Mark. He raised his eyebrows and smiled at me.

"What if you had a six or seven letter name?" I asked.

"I would have changed it to Sean", he replied with a shrug.

We had a long conversation about work that we called him for and believe me, his quirkiness did not end with his obsession of his name. He was smart, witty and different. Usually, I like people who are different (Considering the fact that I am one of those... I have to like me right?)... but there was something about him that was not in sync with what he was portraying himself as.

After he left, I asked Mark - "Did I only find him weird or are we both on the same page?"

"Let's not judge him.. I have met him only once before. Let's give him some time.", Mark said.

"By the way.. you also have a four letter name" I taunted.

"What? Even I am thinking of changing my name to Bili...we can get a tattoo. Then we will have a nice way for introducing ourselves too". There was no way I as going to do that but I wanted to nudge Mark to know what he was thinking.

"Sure... go ahead", he took a pause and then said, "It's funny how people hold their names so close to their heart when in fact it is just a small part of their identity and not to mention 'comes secondary'. I have met many people who take an offence if you call out their name incorrectly."

"Tell me about it! Initially, I used to struggle pronouncing names of you people... I think I have apologised more for calling out names incorrectly than anything else on this planet... In fact, just not to make them feel bad, I would give an easy name to those who had difficult names... but guess what? I had to apologise for that as well.", I said remembering my early days on Earth making him laugh.

I literally had no idea of usage of vowels and consonants here. Besides that, it's so confusing... like there is no difference in pronunciation of Sean / Shaun / Shawn, yet the spelling is different. Why do you people have to make things so complicated?

"If I had known how much you all are so emotionally connected with your name, I would have come more prepared and I would have also kept a better name of myself so people could remember me easily".

Mark replied, "Don't be silly. Nobody knows you by your name". There they are. The filtered words. "After you are back on your planet few light years away, you might forget the name of Sean but you will remember that there was one guy who introduced himself in a very weird way in some cafe where you were sitting with one of your good friends whose name you can't recall".

"Look around", he said. "Tell me names of these people around us".

"I don't know their names"

"I know", he taunted. "Now tell me the names of people who you know or you admire."

I thought of a few names and before I could say those names out loud, he said "Exactly... you remember those names for a reason. That reason makes them who they are for you and what value they hold in your life. On the scale of 1 to 10.. 1 being the worst and 10 being the nicest of people, you will remember the names of those who are at both the ends. But you are most likely to forget the names of those who fall somewhere in between this scale."

He was right. All the names that I could think of, my brain gave me the reason first and then it gave me their name. Be it any President of the country or well known entrepreneur, or a magician or an astronaut, those people gave me a reason to see the world differently and that's what connects me emotionally with them.

"Hmm". This is what I didn't highlight earlier about anti-social humans. Once their brain starts giving out that filtered information, they render you speechless and that's what happened with me.

"So my alien friend, you don't have to change your name. Just give others some reasons to remember you. But ensure you are on the right side of the scale", he smiled.

I liked what he said. Giving someone reason to remember you seems like a good way to go.  I would want my friends to remember me not as an alien... not as Billei, but for some good reasons and if I could given them that, then I would know that my journey here was worth it. After all, "Nobody knows you by your name... but by what you reflect."

"Hey Mark", I called him when we started to leave.
"Yes", he looked up at me.
"I will always remember your name". 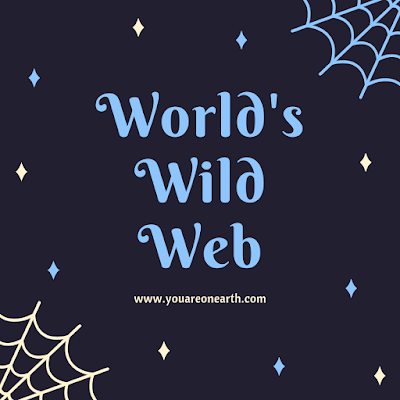 World’s Wild Web… and it’s not a typo error 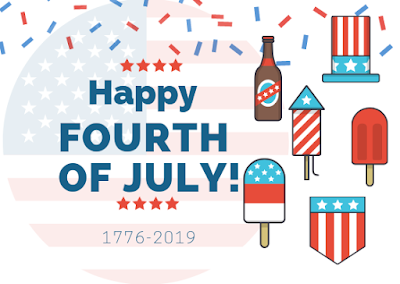 Billei - The Reporter
My name is Billei and I am a reporter and promoter of intellect. Always excited to know about what's happening on the earth (more into science and technology).